Guess Who Came to Dinner?

Who poisoned Viktor Yushchenko? On Dec. 17, doctors identified a massive dose of TCDD, the most toxic form of dioxin, as the cause of the Ukrainian opposition leader’s grievous illness and facial disfigurement. Yushchenko claimed that the poisoning took place on Sept. 5 at a dinner with General Ihor Smeshko, head of the SBU, Ukraine’s domestic security service, and Smeshko’s First Deputy, Volodymyr Satsyuk. "That was the only place where no one from my team was present and no precautions were taken concerning the food," Yushchenko said on Dec. 16. The next day, campaigning for the Dec. 26 rerun of the presidential vote, he backtracked a bit, saying he did not intend to accuse the SBU officials themselves of "complicity" in poisoning him at what might have been his last supper.

According to Dmytro Ponamarchuk, a Kiev political analyst opposed to Yushchenko, "The meeting was initiated by Yushchenko, and the SBU agreed to it in good faith to discuss how to keep [anticipated street protests] under control in case of rigged elections." A key Yushchenko staffer says that Smeshko made it clear at the dinner that the SBU would remain neutral — which amounted to tacit support for Yushchenko. At least one part of Yushchenko’s account is disputed by Volodymyr Syvkovych, who is leading a parliamentary investigation into the dinner. Syvkovych told Time that someone from Yushchenko’s team was present at the meal: David Zhvania, an M.P. with Yushchenko’s Our Ukraine party. According to Syvkovych’s preliminary report, "Food was served on common dishes. Zhvania and Satsyuk were pouring the drinks from the bottles, opened in each other’s presence." The next morning, Yushchenko became seriously ill.

Smeshko has flatly denied involvement in any poisoning attempt; Satsyuk has so far remained silent, and a spokesperson at the SBU declined to comment; Zhvania did not return calls. But Yushchenko’s remarks raised eyebrows. Why would he implicate his potential allies? "It might be the influence of some of his top lieutenants who want to keep the masses mobilized," says the staffer. "Or he simply let it slip, provoked by incessant questioning." Last week, outgoing President Leonid Kuchma abruptly fired Satsyuk from the SBU and a motion, pending since July, to strip him of his parliamentary status — and thereby his immunity — was approved. (Satsyuk’s opponents had argued that his job at the SBU was incompatible with being an M.P.)

Meanwhile, the first signs emerged that Ukraine’s orange revolution may be seeping across the border into Russia. Last week in the Siberian city of Barnaul, the capital of the Altai region some 3,500 km east of Moscow, more than 100 journalists published an open letter of protest against what they said was pressure from the Kremlin to smear Vladimir Ryzhkov, an M.P. from Altai and an outspoken opponent of President Vladimir Putin.

According to Valery Savinkov, editor-in-chief of the Altai news agency Bankfax, "A gentlemen from Moscow came [in October] to offer us big rewards should we do their bidding. When I turned him down, he said: ’You either share the bulldozer’s driver seat with us or the bulldozer rolls over you.’"

Savinkov says his next visitor was an officer from the FSB, Russia’s domestic security service, who warned that the agency would have problems should Savinkov fail to cooperate. That’s when Savinkov and his colleague Vladimir Ovchinnikov, editor-in-chief of Svobodnyi Kurs, a Barnaul-based weekly, drafted the protest letter. "It’s not about Ryzhkov really," says Ovchinnikov. "It’s about the regime [the Kremlin] is once again imposing on this country. We don’t want to let it happen." Altai’s journalists are bracing for reprisals and have launched a new media union with local colleagues in hopes of preserving their independence. 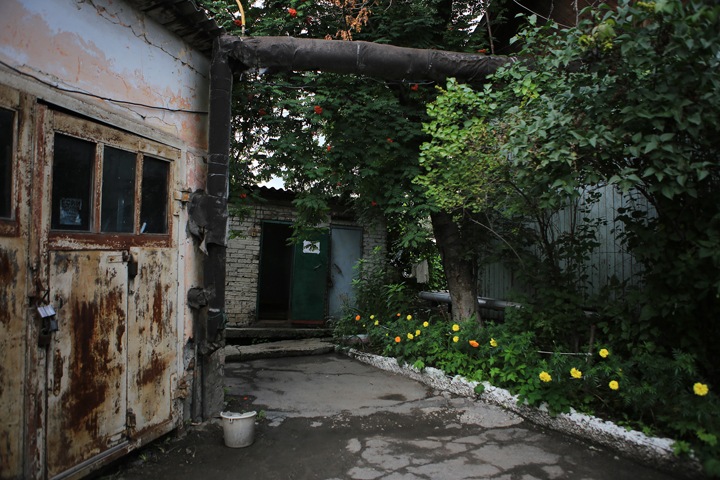